Jeffrey Toobin didn't think his Zoom camera was on. That's the excuse he made in his apology regarding "the incident". The NY Post reported the incident under the headline "Toobin His Own Horn". Jeffrey in addition to his work for CNN is also a staff writer at the New Yorker. It was the New Yorker who was having a Zoom call when according to his co workers Jeffrey began pleasuring himself. I can't even imagine seeing a co worker do this!

Toobin issued an apology. "I made an embarrassingly stupid mistake, believing I was off-camera. I believed I was not visible on Zoom. I thought no one on the Zoom call could see me. I thought I had muted the Zoom video. I apologize to my wife, family, friends and co-workers.’’

I'm not sure how much more humiliation Jeffrey's wife Ann can take. In 2008 Jeffrey had an affair with his co workers daughter, Casey Greenfield. Casey broke up with Jeffrey and told friends it was because he was cheating on her with other girls. Yes plural. However they then found Casey was pregnant. He then tried to pay for an abortion but she refused. At that point Jeffrey told her she would never get a penny from him.Then as the Daily News reporteda blood test proved Jeffrey was the dad. He was ordered to pay child support which he then appealed. He lost that appeal, His wife has spent her weekends for the past 10 years with Jeffrey and his love child. 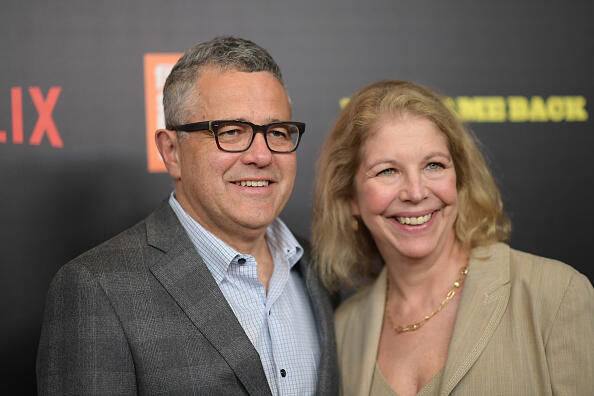