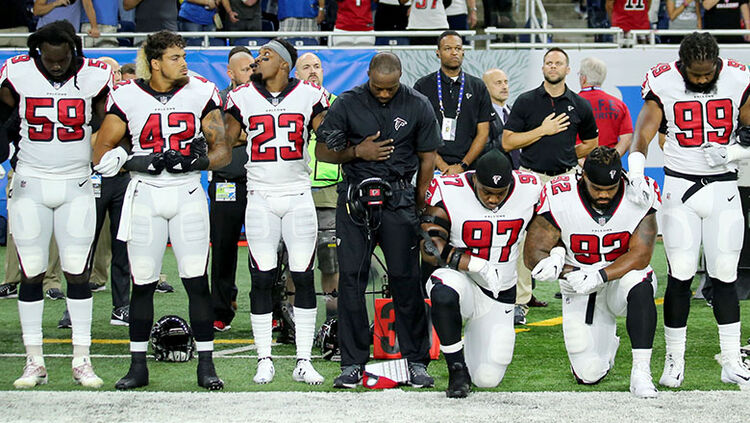 The NFL owners unanimously passed a new policy hoping to end the public displays of kneeling during the national anthem that has sparked controversy over the past two seasons. The new policy states that any player on the sidelines during the "Star Spangled Banner" must stand. Players who do not wish to stand will be allowed to stay in the locker room during the pre-game ceremony. If a player decides to be on the field and takes a knee, the team will be fined. Teams will also be allowed to levy a fine on the player or any team personnel who violates the new rule.

The national anthem controversy started in 2016 when then 49ers quarterback Colin Kaepernick sat on the bench during the "Star Spangled Banner" to protest police brutality. After receiving backlash for disrespecting the anthem, Kaepernick decided to take a knee instead of sitting. His protest soon spread across the league as more players joined each week. As the protests grew in size, so did the backlash. Fans threatened to boycott games, while some burned team merchandise. President Trump even got involved, criticizing the players and the NFL over the protest.

The NFL has been struggling to stem a recent decline in game attendance and TV ratings. Along with the negative press from the national anthem protests, the league is also dealing with player safety issues as many retiring players are suffering from CTE due to the violent nature of the sport. The league has also seen many players, including some of its biggest stars, accused of domestic violence and sexual assault.

NFL commissioner Roger Goodell issued a statement saying that the new rule will "keep our focus on the game and the extraordinary athletes who play it -- and on our fans who enjoy it."