Jamie Foxx’s Sister Has Passed Away Jamie Foxx's sister, DeOndra Dixon, has passed away at the age of 36. 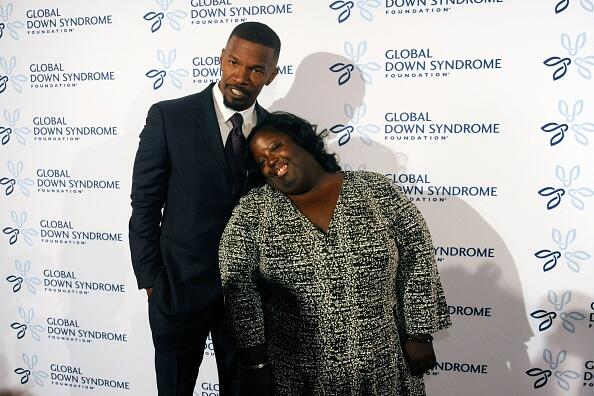 Foxx wrote a heartfelt message about her death saying that her passing, "left a hole in his heart." Jamie went on to say that the fondest memories of his sister were when his sister was named Ambassador for the Global Down Syndrome Foundation in 2011 and her dancing in his "Blame It" video.

Jamie Foxx, shared on his instagram, “My heart is shattered into a million pieces... my beautiful loving sister Deondra has transitioned,” Foxx wrote with a series of pictures with Dixon, whom he regarded "was a bright light.”

“I can’t tell you how many times we have had parties at the house where she has got on the dance floor and stolen the show,” he went on, before quipping, “Even gave her boyfriend @chrisbrownofficial a run for his money.”

“Well I know she is in heaven now dancing with her wings on...tho my pain is unbelievable I smile when I think of all of the great memories that she left me... my family... and her friends… from dancing in the blame it video… to Dancing on the Grammys… And becoming The ambassador to @globaldownsyndrome... from sliding down my stairs with a grin as wide as the rio grand... to serenading us with all of her music,” Foxx added. “Deondra you have left A hole in my heart... but I will fill it with all of the memories that you gave me ... I love you with every ounce of me... our family is shattered but we will put the pieces back together with your love... and y’all please keep my family in your prayers... 💔💔💔”

In her lifetime, Dixon, who lived with Down syndrome, was a regular competitor in the Special Olympics since the sixth grade. She famously danced in her brother's “Blame It” music video as well as during Foxx's Grammys performance in 2010. In 2011, she was named an Ambassador for the Global Down Syndrome Foundation.

“What’s great about DeOndra is that when people meet her they sort of lose that apprehension when they see people with special needs,” Foxx gushed to Extra in 2019. “DeOndra just blows right past them… She’s had a regular life, she’s just as well-adjusted as any person that you would see out there.”